It has been two years since the movie “When a Peking Family Meets Aupair” came out. It was a pity that I didn’t get a chance to see it in the cinema. However I was invited to the movie premiere and thinking of that day still makes me excited and proud.

Besides the stars of the movie, I saw all the family members, Corrina, Pipi’s previous German au pair, and Henna, the current Finnish au pair. Corrina also had a small part in the movie. That day she went all the way to Beijing with her mother to see Pipi and celebrate her excellent acting in the movie. It was like a party when we all got together. 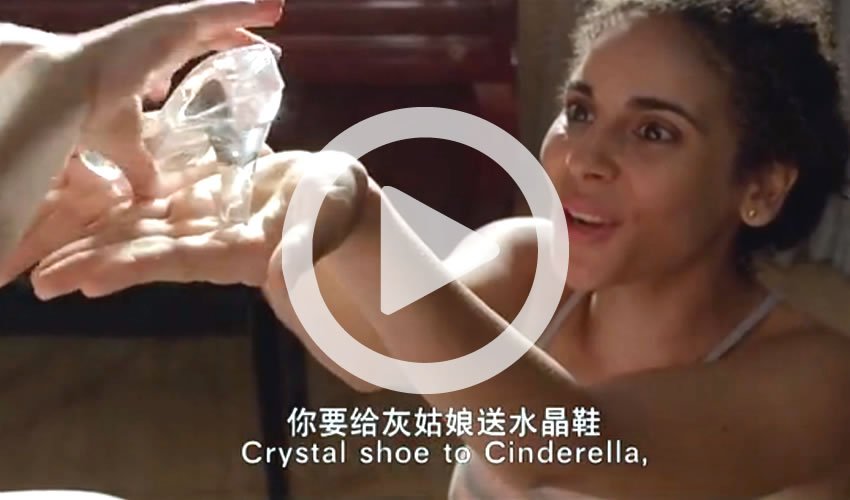 After the premier, we had dinner at Pipi’s house. The family made Corrina’s favorite food, Chinese dumplings. Although Corinna’s mother doesn’t speak much English, I could tell how proud she is of Corinna. Pipi’s mother told me Pipi couldn’t take her eyes off Corinna when she was leading the dance on the stage. For Pipi, the movie made her feel very proud and excited, but Corinna’s arrival was the biggest gift for her. Pipi has Skype call with Corinna every weekend. It is what she most looks forward to. They share everything that happened to them during the week, happiness, unhappiness, and secrets.

Pipi told Corinna that one day when Corinna has a baby, she will be coming to Germany to be their au pair. When I heard this, I was moved to tears. I always ask myself and our team one question, why we keep doing this program. At the moment, I think I know the answer. It is the life-long friendship and the growing process of both the child and the au pair. And we made it happen.

The movie is based on Pipi’s true stories with several au pairs. Pipi’s Mom is a journalist and writer. Her occupation strengthens her powers of observation. One day she called me and said “Julin, I want to write a script about au pairs and make a movie”. I thought it was just a passing impulse and didn’t take it too seriously. Afterwards, we met several times and spoke a lot on the phone. I told her how this program started, some interesting stories about au pairs and families, about culture shock, etc. A few months later, she finished the script and raised the funds to start shooting. Pipi played herself in the movie. Her father and mother in the movie are played by two famous Chinese actors. The au pair in the movie was an actress from Columbia. As a part of the program and the movie, we feel sense of accomplishment.

Pipi has grown up in the company of au pairs since she was 4 year old. Now she is already 7. She has older sisters from Germany, Finland, UK, and Australia. This experience has not only helped her speak English like a native, but even more importantly, she has become used to getting along with people with different cultures. I think that is important preparation for becoming a global citizen. For the au pairs, they get an in-depth experience of China and Chinese culture through living with them and their families.

Did you know: Outstanding alumni of our programs looking to further their China expertise have preferred access to the English taught Contemporary China Studies Master Program at Renmin University, one of China's most prestigious Universities.

Our Relationship - Your Benefit!

While you're participating in our programs you have the opportunity to attend lectures by distinguished professors at Renmin University and to meet students and faculty at our jointly organized events. You can also join our Culture Homestay or Edu Au Pair program while you study at Renmin University, to get an even deeper immersion into Chinese culture and daily life.

After completing our programs, outstanding alumni who seek to further their China expertise receive a recommendation for their application to Renmin University's Contemporary China Studies Program. With this recommendation from China Educators, you qualify for preferential access (admission) to the program as well as an increased chance to receive financial support for your studies.

All our China Educators Programs